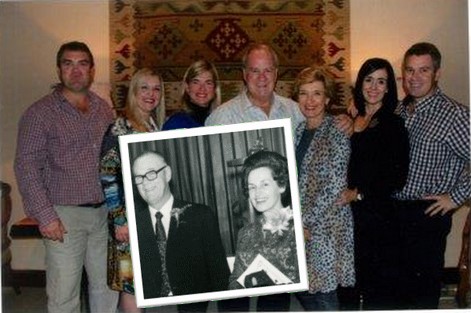 South Africa has nine provinces. The province of Limpopo - in the northeast - is divided into a high plateau and a low plateau (hoëveld and laeveld in Afrikaans). In the warmer climate of the low plateau, Laeveld Sitrus grows various fruits and nuts including citrus fruit with the well-known brand Sungold for Total Produce BV.

Laeveld Sitrus is run by the Vorster family: Piet, his wife Bets and their sons Ben and Gerhardt. The history of this nursery dates back to the year 1951, when Piet’s father B.J. Vorster planted the first citrus trees. That same year, he traded his miner’s jacket for an ox and leased a tract of land to start farming. Sometime after that, Grandpa Vorster gave a friend two pounds to buy him a second ox. After two weeks, he was starting to suspect that his friend had run off with the money, until he suddenly saw him appear on the horizon - with the ox. He hitched the oxen to a rented plough, and that was the first step in laying the company’s foundation.

Until 1990, the Vorsters also grew vegetables, but eventually consolidated its focus to the production of citrus, avocados, bananas and macadamia nuts. “It’s very special to run a company with your sons. The secret of our success is mutual trust and respect and a perfect division of labour,” says Piet. His brother also runs a citrus farm together with his four sons. “In other words, we’re a genuine fruit family.”